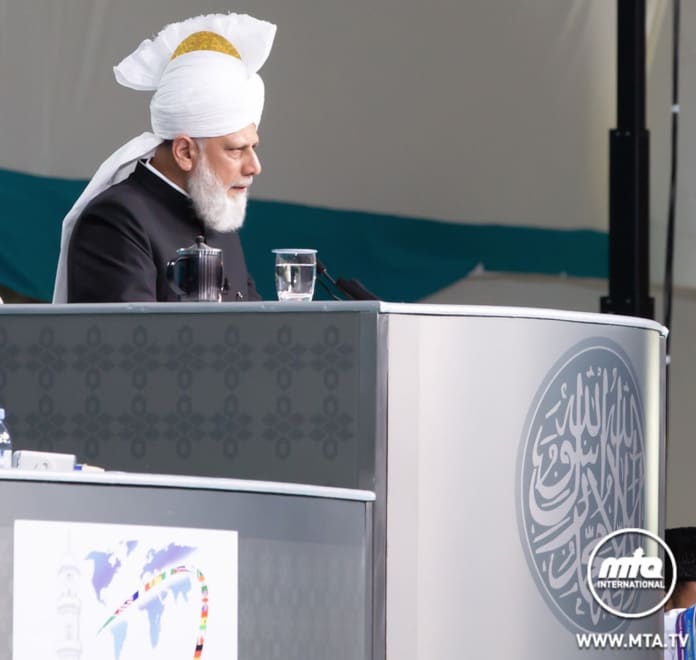 United Kingdom. 3 spiritual days. Over 35,000 Muslims. United under one Caliph. from over 110 countries, and 1 unifying message: “Peace”.

But where is all the mainstream media to cover this Islamic Convention? Imagine, if this same convention in the UK was a 3-day extremist training camp instead, all media outlets would be instantly present and the entire world presented with a picture of Muslims as radicalized extremists once again. But why is it that despite thousands of Muslims preaching peace at annual conventions like the Jalsa Salana, the awareness of the true peaceful message of Islam does not attract widespread media attention.

The Jalsa Salana UK is a unique 3-day annual religious convention organised by the Ahmadiyya Muslim Community. Today, this convention is a beacon of peace, which has spread to several nations across the world, and in the UK alone, is attended by over 35,000 Muslims from around the globe. Although the annual convention has grown by leaps and bounds, unfortunately, the media coverage has not increased proportionately. With a rise in terrorism over the past decades, Ahmadi Muslims are actively playing a role in reversing the negative image of Islam presented by extremist. His Holiness (aba), the Caliph annually presents an address at Jalsa Salana UK in which he champions peace, he teaches us that “It is up to Muslims to stand up and reject all forms of extremism and terrorism. It is the task of Ahmadi Muslims to show the true teachings of Islam which are peace, love, mercy and compassion.”

After all, according to the founder of the Jalsa Salana, Hazrat Mirza Ghulam Ahmad (as), this annual convention is no ordinary gathering and its primary purpose is for attendees to facilitate greater spiritual and religious awareness, strengthen mutual ties of sisterhood and brotherhood, and to promote the true peaceful message of Islam to the corners of the world. 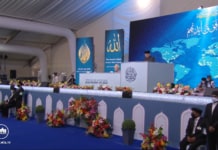 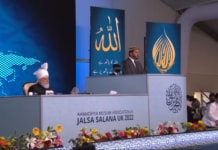