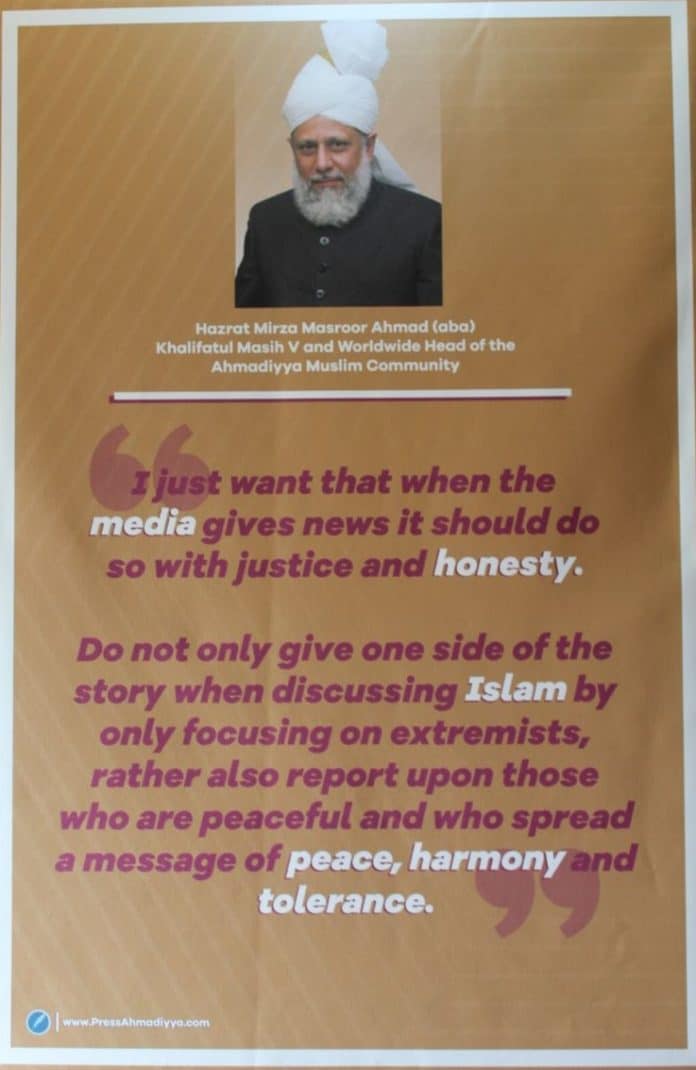 “Verily, Allah commands you to give over the trusts to those entitled to them, and that, when you judge between men, you judge with justice.” (The Holy Qur’an: Chapter 4, Verse: 59)

In today’s world, Islam frequently takes the forefront of international headlines as a symbol of oppression and terrorism. The sensitivities surrounding these issues have divided populations with a polarizing effect.

Why do you think that is? It’s only because the press and media are publicising these so-called Islamic extremist groups too much, instead of portraying the beautiful and peaceful teachings of Islam. This then creates a negative stereotype of Islam as an intolerant religion. It should be understood that if a person does not follow a particular teaching properly, whilst claiming to subscribe to it, then it is he who is in error, not the teachings. Islam literally means “peace”, so basically Islam itself contains an antidote for all this intolerance and injustice in the world.

So it’s the media’s responsibility to report long-standing and continuing positive contributions of individual Muslims as well as local communities. In this way, viewers and and readers will have an accurate representation of Islam in their communities.

To learn and find out more, visit the Press & Media Marquee at Jalsa Salana UK for lots of interactive and enlightening sessions like the short film debut ‘Silent Stories’. You could also pop in to ‘The Galleria’ to experience Islam in the Media. Or, you can take the ‘Headlines Challenge’, and much more!