The Jalsa Salana started off as a small gathering in Qadian of just 70 people, to a gigantic international convention of tens of thousands. Its groundwork and preparation, which takes place throughout the year is no easy task.

The aim of this programme is to provide the viewers a behind the scenes view of various Jalsa preparations so they are able to sense the logistical scale of this event and the immense planning that goes with it .Live interviews with officer Jalsa, Nazmeens and various workers will be broadcasted with updates from Fazal Mosque, Baitul Futuh and Hadeeqatul Mehdi.

Viewers will also have the opportunity to tweet their messages, ideas and express what aspect of the build-up they would like to view.

View all repeats and episodes, as well as exclusive interviews and updates on www.mta.tv/jalsaconnect everyday! 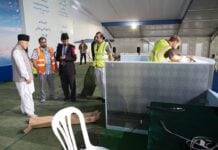 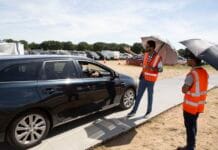