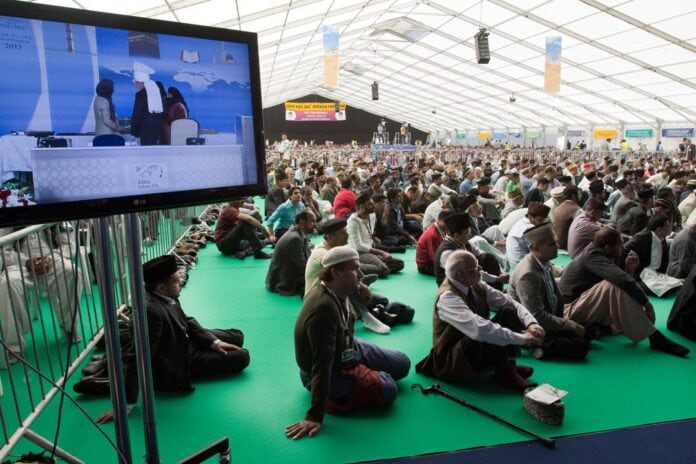 Another vital aspect of the Jalsa is the ladies’ side. Unlike worldly functions and events, there is no free mixing between genders at the Jalsa. The ladies’ side consists of just women, thus it is solely managed and run by them too. By giving women the same amount of space as men it gives women similar roles and responsibilities as men and by giving them such freedom, Islam portrays an exceptional example of gender equality.

The ladies’ side is similar to the men’s side in the sense that both sides have similar activities and opportunities. For example, both sides have a bazaar [market] from where they can shop and socialise during free times. Similar to the men, ladies themselves setup stalls and sell things as they please with total freedom. Similarly, both sides have a dining marquee. On the ladies’ side, this is run completely by volunteering ladies who fulfil all the needs of the female guests at the Jalsa. The same applies to scanning, registration, hygiene, water supply, exhibitions and many other aspects of the Jalsa. In short, the same activities take place on both sides and no shortage is made on either parts.

This equality is further shown by the fact that on the second day of the Jalsa, Hazrat Khalifatul-Masih V (aba) delivers an address in the ladies’ marquee where thousands of women can see their beloved Khalifa with their very own eyes.  This address takes place in the morning of the second day and is the third out of the five speeches Huzoor (aba) delivers at Jalsa UK. This is a blessing of Jalsa and the love of the Khalifa that he equally distributes amongst men and women. This affection to women is similar to that of the Holy Prophet (sa). The Khulafa of Islam and Ahmadiyyat have held sittings specifically for the training and education of women. This is just another example of those.

Some people have raised the point that by keeping men and women segregated, this is an act of discrimination to women and they are not being treated equally to men. Huzoor’s (aba) response to a journalist raising a similar point was that you should ask the women whether they feel discriminated or prefer to have their own space away from men to be free to do as they wish. No Ahmadi woman is forced to wear the headscarf or forced to act according to any Islamic teaching. They do it willingly. Likewise, one of those teachings is to maintain purdah [chastity] between men and women and this is what the Jalsa teaches us. In his Friday sermon on 5th September 2014, Huzoor (aba) said he had earlier recounted the story of a lady journalist who had turned away from Islamic practice due to the harsh stance of her father. When she saw the freedom [of Ahmadi women] at Jalsa she wished that she had been born in an Ahmadi home. 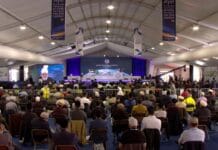 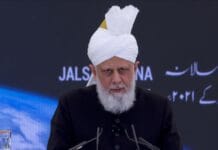