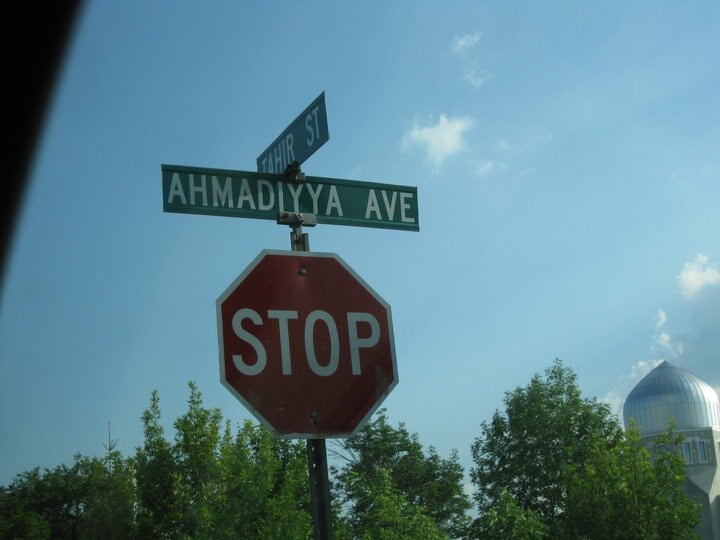 Amidst the chaos and disturbance affecting be world today, where religious fanatics are busy tarnishing the name of Islam, there is a community working day and night to show the beauty and the sublime teachings of Islam. Ahmadi Muslims in the UK are holding their 50th annual convention this weekend. This is the largest Muslim convention in the UK with over 30,000 people attending and flags of more than 200 countries displayed, representing the nations present at the convention, yet, it is often ignored by the mainstream media and generally by the world.

People from every dominion and race, whether arabs or non-arabs, rich or poor, black or white, sacrifice their wealth and time, to gather on the hand of their beloved Imam.

The convention has no worldly gains nor is it an ordinary one as stated by the communitiy’s founder, Mirza Ghulam Ahmad of Qadian (as): ” I re-empahsize that you must not rank this convention in the same leagueas as other, human, assemblies. This is a phenomenon that is based purely on the Divine help for the propagation of Islam.”

A whole new town is created in Hadeeqatul Mahdi, UK. Volunteers work tirelessly to serve their brethrens. Separate marquees are built for men and women respectively. Different stalls are set to meet people’s requirements. A huge stage is set for the dignitaries and government officials who pay their gratitude and express their sentiments on the community’s love, hospitality, brotherhood and above all, unity.

During the convention, notable speakers keep the spiritual atmosphere lit through their inspirational speeches, yet the true colors are added by the divine sermons of the community’s leader, Khalifa of Islam, Mirza Masroor Ahmad (atba). 3 glorious days, 4 blessed sermons is all an Ahmadi wishes for.

Slogans praising the Almighty for His countless blessings and salutations on Prophet Muhammad (saw) are sent, thus keeping the atmosphere sublime.

Though all three days are equally important, the third or last day has a significant importance where every single Ahmadi present at the convention pledges their allegiance to their religion at the hands of the Khalifa. This is the symbol of the community’s unity and strength.

Jalsa UK has a unique position as it is not only those 30,000 soul attending it, it’s also those millions of less fortunate ones who are unable to attend yet through the blessing of MTA are a part of this gathering mentally and spiritually, thus, making this convention a global one. What are you waiting for? Come and join the new way to peace.