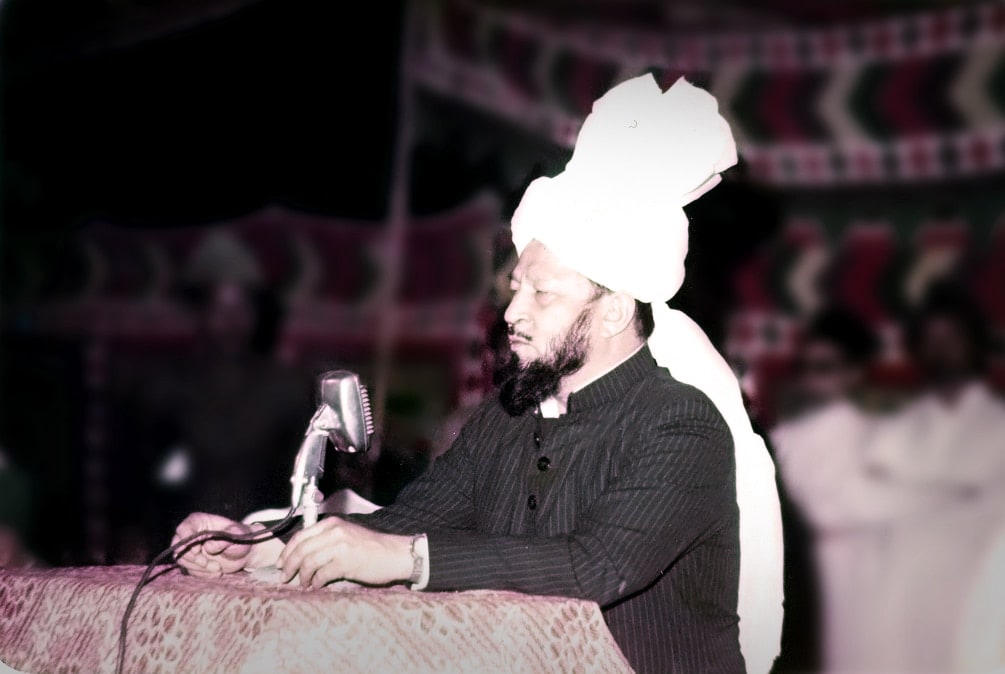 As the start of Jalsa UK approaches, the mind is full of memories of moments spent. This time the focus of these memories is the Jalsa Salana that was held in Rabwah.

My memories are conflicted between two emotions, one is filled with the beautiful memories of Jalsa Rabwah and the second is the fire of longing that burns in my heart which is reignited when I start to remember, it’s like a thirst which cannot be quenched. The reason for that is, like so many others I am of that generation which has not witnessed the Jalsa Rabwah in its full glory. There are a few vague memories, which are blurred by the limitations of childhood.

Going through the streets of Rabwah, when one passes in front of the different Langar Khanas in every ‘mahallah’ (an area) of Rabwah, one cannot help but imagine the hustle and bustle these places would have experienced as our elders tell us.

1983, the last ever Jalsa held in Rabwah, the last time a populous of more than 250,000 made Rabwah their host. The rush in the streets of Rabwah, guests residing in different guest houses and homes and the arrangements to bring food to the houses and dining areas must have been a spectacle to behold.

‘Rabwah would be decorated like a poor man’s bride.’ As Khalifatul Masih III (ra) used to say.

When the buses would arrive at the Rabwah bus stops, the guests would see beautiful gates and banners welcoming them and bestowing prayers of blessings on them. They would raise slogans of “Naraa’a Takbeer” and Khuddam would help them unload their luggage.

Imagine the train arriving at the railway station which was fully booked for Rabwah. Imagine the huge gatherings at the Langar Khanas, food being distributed on the basis of the parchi (receipt), considering the number of guests in homes. The aroma of Aloo Ghosht being prepared in ‘Daigs’ (cooking pots).

Imagine the cool water, which would be given to the guests in Abkhoras (the utensils made of clay), these would be prepared well in advance for the Jalsa by skilled craftsmen. And imagine the makeshift market, which would be set up in the Gol Bazaar area of Rabwah.

Parali, hay stacks would be used to create comfortable sitting arrangements for the guests at the Jalsa Gah. I can imagine Masjid Aqsa being packed, the proceedings of the Jalsa are about to start. The entourage of the Khalifa of Islam enters the premises, the air gets filled with loud ‘Nara-e-Takebeer’. Huzoor’s presence grace’s the Jalsa Gah; a sea of people stand up in respect.

The persecution of Ahmadis in Pakistan is at its peak, Saqib Zervi Sahib recites Do Ghari Saber Se Kaam Lo Sathiyo which echoes through loud speakers and then in the final session, the Khitab of Khalifatul Masih (atba) touches every heart when he proclaims,  with utter conviction, in the words of the Promised Messiahas :

“ Meri Sarisht main Nakami ka Khameer nahin…” (Failure is not a part of my being).

The Jalsa is ending with the extolled tearful prayers, a sombre time for both guests and hosts. The caravans are leaving but hoping to return next year, little did they know that this was the last time their souls would enjoy such blissful spiritual enlightening environment.

Soon the cassette tapes of Khutabat (sermons) and Jalsa Salana start arriving and the voice of the Khalifa, instead of being silenced, is now being heard in every Ahamdi home. This Jalsa was not confined to Rabwah anymore, it was to become global, in every continent, in every country.

The initiation of MTA, the internet and social media make us feel like we are a part of the proceedings.

But today, the streets of Rabwah still await theirs guests, to be graced by the presence of The Khalifa of Islam, bringing back life and giving happiness.

The residents of Rabwah await to be Masroor (Joyful), once again. InshAllah

Tell us about your own feelings concerning Jalsa in Pakistan.  After all its been 30 years since the ban !