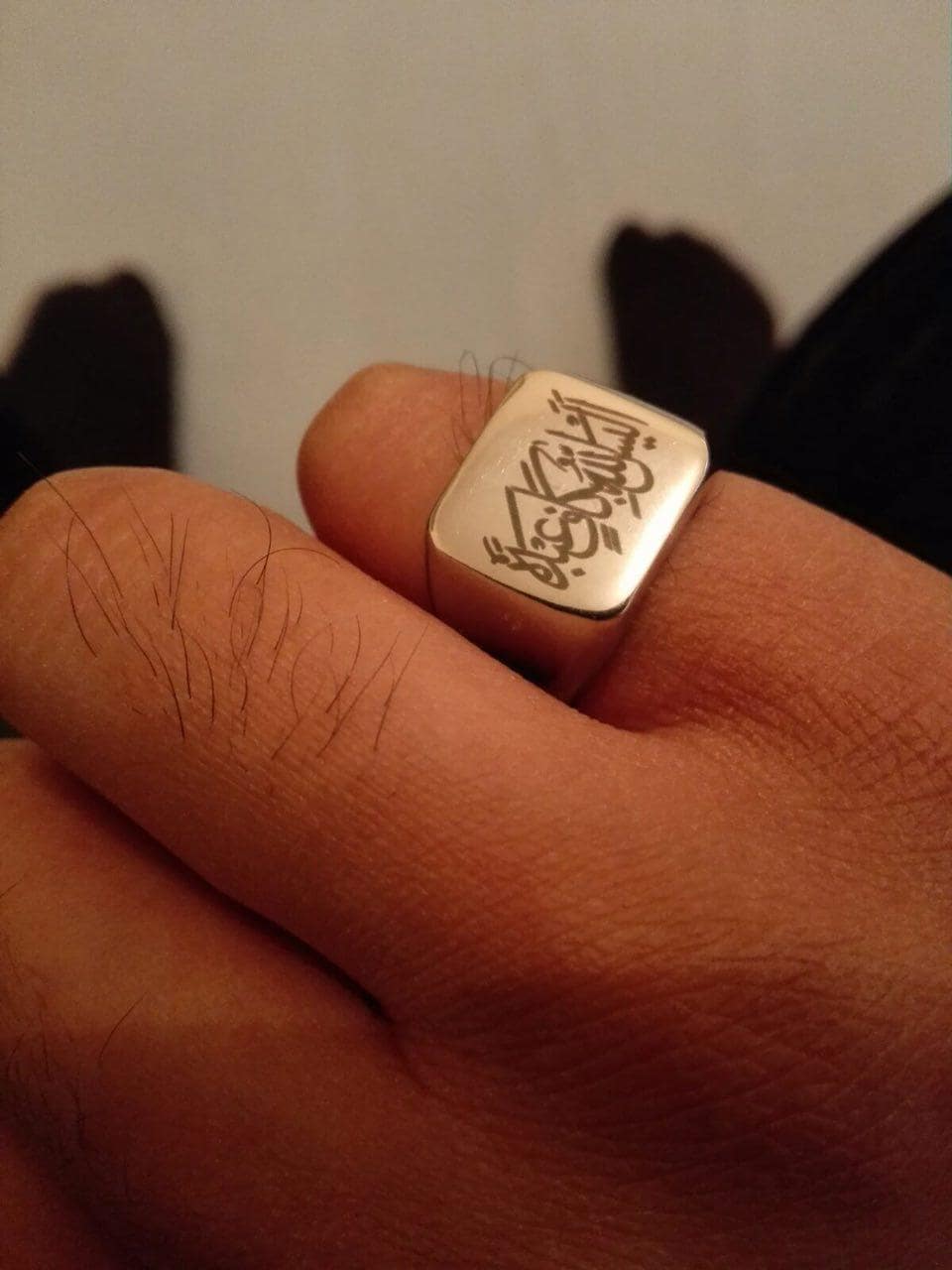 JalsaConnect interviewed Mazhar Ahsan Ahmad, a recent graduate of Jamia Ahmadiyya UK, who was recently diagnosed with Leukemia, but has alhamdolillah successfully completed his treatment.

I was in my last year of Jamia when I was diagnosed; I only had my final set of exams left to sit. Bone marrow transplants are often a key part of treatment for this illness which is why, after my diagnosis, both my sisters were tested for their bone marrow. They were told by the hospital staff that they had less than a 25% chance of being a match but, Alhamdolillah, such are the miracles of Allah that they were both identical matches and my elder sister was chosen as my donor.

I had to undergo Radiotherapy as part of my treatment as well and this was very selective as it can be very dangerous. You need a very strong body to be able to handle it and the treatment left burn marks all over my body.

As part of my treatment, I was also offered the chance to speak to a Psychiatrist; the hospital were quite insistent on this, as was my insistence not to see one. I believed that I would be able to handle this through my link with Allah and by relying on my prayers.

The hospital decided to send a psychiatrist to see me anyway, however, when I spoke to her I ended up helping her instead! I did tabligh to the Dr and explained to her how I turn to Allah when I am in trouble and feel strong enough not to rely on others for this support.

Alhamdolillah, my transplant was a success, but I was left very weak and unable to eat or drink for a whole month. After a month of transplants, my hands looked like that of a boxer, my feet were swollen, as was my mouth. I remember asking my mother to make me Rasmalai, but I could not even eat that, the side effects were so extreme. Those were hard times, but Alhamdolillah those times are over. I have been walking every day for one hour to rebuild my strength and I am making progress.

I have been suggested different types of medication, including homeopathic, directly from Huzoor. My mother is very vigilant in this matter and ensures that I do not miss any of my medicine.

When Huzoor (atba) first called, He advised me to drink juice since at the time I was unable to eat. However, after Huzoor’s (atba) phone call, I was able to eat again. Alhamdolillah!

Huzoor (atba) called me a second time during my therapy and advised me that the treatment would hurt, but I should bear the pain. I told Huzoor (atba) that I wanted the pain to stop and Huzoor (atba) warmly replied that I should be out of hospital soon, inshaAllah (“jaldi inshallah nikal jao ge.”)

Huzoor (atba) also advised me to use all my willpower (“quwatte irabi”) to fight this disease. Alhamdolillah, Huzoor (atba) prayed for me and knowing this helped me immensely. I also asked Huzoor (atba) to pray for my neighbour in hospital, who was in the process of undergoing treatment. Huzoor (atba) called me once again when I left hospital and, as always,  I felt so blessed which is something I still feel to this day.

When my mother saw Huzoor (atba) during my treatment, she asked him to write a brief message for me, which was written in Urdu and translates to:

“I hope and pray you are doing well and that Allah grants you good health. InshaAllah get well soon and complete your education to enter the army of God, insha’Allah.

Try to fight this disease with your willpower. May Allah enable you to do so. Keep on eating and drinking and continue to pray.”

What greater support could I ask for than from my Khalifa? I was also supported by the Principal of Jamia and my classmates, with the Principal advising me “yeh kabhi na sochna ke tum purey dunia meh sab se unlucky person ho”, which means I should never think that I am the most unlucky person after this diagnosis. This helped to keep me grounded.

My classmates at Jamia sent me an NBA jersey which they all signed with messages of support. One of my classmates who is a fellow avid Arsenal supporter wrote to the Manager of the Club, Arsene Wenger, when I was undergoing treatment. I receive a letter from him and he also sent me a signed club photo which includes the signature of Mesut Ozil!

Allah granted me the blessings of my faith, and then I was lucky to receive gifts of the world too!

Since my immune system is still weak I have been unable to attend the Jalsa this year. There is a lot of dust and people who may be ill or any form of infection is very dangerous for me right now. It will take another 6-12 months for me to recover fully, inshAllah. With chemotherapy, there is a direct link to the heart and I have to pray this link does not get infected and stays clean and healthy.

Although my parents were very worried about going to jalsa without me, I assured them so much so that they are enjoying jalsa without worrying too much – they do keep checking on me though!

On the second day of Jalsa, my younger sister received a special education award from Huzoor (atba) and when she went on stage to collect it, Huzoor (atba) enquired about my health. Seeing this made me very emotional & I started crying just thinking about how the Khalifa, who has so much else to think about and deal with, cares so much and gives so much time to you. How am I important? I’m just a Murrabi who has become unwell. But the way in which Huzoor (atba) has cared for me led me to promise myself to serve the Jamaat in the best possible way.

My friends rang me when they heard as well to ask if it was me Huzoor (atba) had mentioned and my whole family were very emotional too.

I feel like I have been showered with more blessings and grace than I was inflicted with pain.  I feel that Allah tests those closest to him, and the strength to handle my illness has come from prayers.

Alhamdolillah, I recently went on a marathon walk, the Charity Walk for Peace, to raise money for Humanity First and I was able to walk 5k without any problems. To some this may seem like a small task, but for me, it was further proof of the blessings that have been showered upon me during this time and as I move towards recovery.

JalsaConnect: Jazak’Allah for speaking to us, Mazhar. We pray for your speedy recovery and we encourage our readers to donate to the Just giving page set up for donations to Humanity First: https://www.justgiving.com/Mazhar-Ahmad