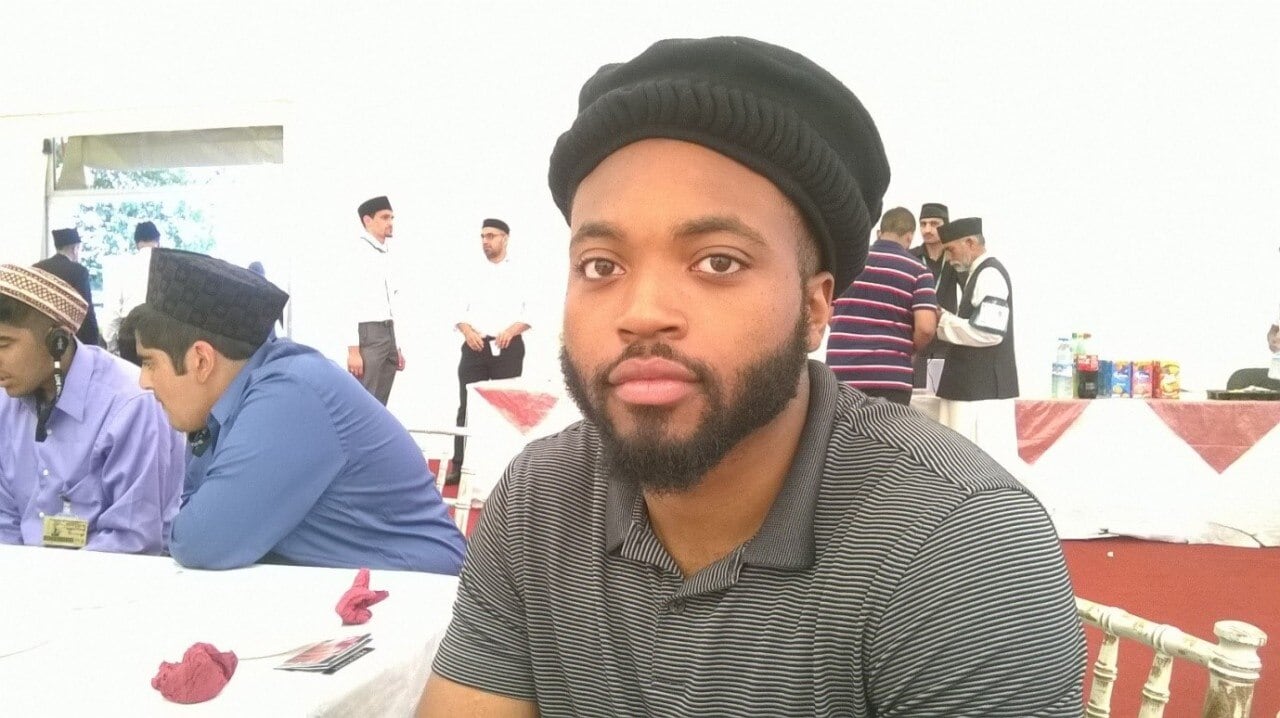 JalsaConnect saw a young-looking fellow, and, after talking to plenty of elders, decided to bring some youth to proceedings and had a chat with Junaid…

JC : How has your Jalsa been so far?

JB: It’s been good. I actually was at the US Jalsa right before coming to this Jalsa, so I can kinda see the differences and similarities between the two; it’s been interesting and fun.

JC: I’ve never personally been to the US Jalsa – tell me – how do they compare?

JB: Well, this Jalsa’s obviously a lot bigger than the US Jalsa… but it’s good to see the brotherhood here. […] For example, I was walking around London, and I got on the train to come back. We were waiting at the train station to get picked up, and someone just asked me if I was from around here.

I asked him: ‘What were you looking for?’ just to see if I could point him in the right direction, and he said:

JC: That is really cool! Ahmadis have a hard task nowadays trying to counter the image of Islam portrayed by so-called Muslim terrorist groups. And this Jalsa’s a big part of that.

JB: Absolutely. One thing that we are reminded of here over and over is that violence is not OK whatsoever… I mean unless you’re defending yourself. But even then, you’re not supposed to do it for yourself; you’re supposed to do it in the defence of religion – but not enforcing it on anyone else.