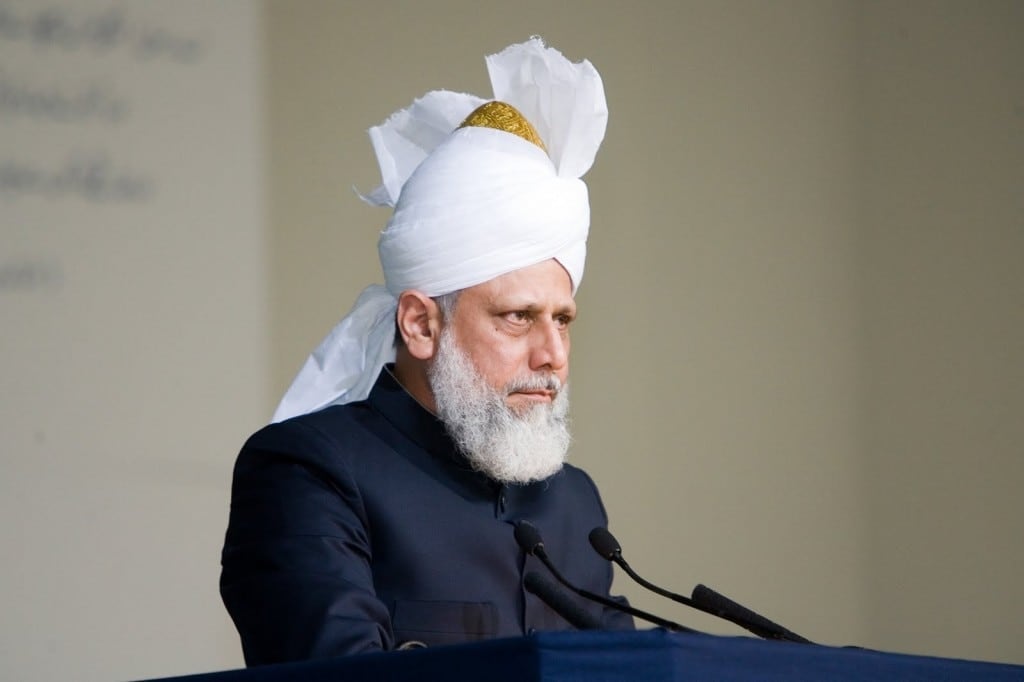 30 of us sit together; eyes glued to the television set that our grade six teacher rolled in for history class. We watch the life of a young girl, Anne Frank, as it unravels and turn from a happy story to horrendous ending. We watch the shocking tragedies of the holocaust and the persecution millions of Jews faced during the time of Hitler.

“Why are we learning about these tragedies?” Asked a young boy.

“So we don’t let history repeat itself,” we were told.

I sat there in silence, reminiscing to myself about the life of millions living in torment today. I watched how the Jewish people wore stars on their clothing and how their religion was on display for convenience. The stars weren’t worn to bring ease to the Jews but instead brought society ease to discriminate. In all this my mind drifted, it started drawing parallel lines between the Holocaust and the stories I was being told at home about Ahmadi’s around the world, living under persecution.

The memories of watching MTA and seeing the sad tragedy of the Mong attack in Pakistan a year prior, were all too fresh in my mind as I learned about the Holocaust.

Was being taught all this actually stopping history from repeating itself?

Mong 2005, Lahore 2010, Indonesia 2011, and declined entries to Mecca are just a few of the many incidents where Ahmadi’s are persecuted to this very day. Despite all this torment, with Allah’s blessings, the community flourishes and continues to rise throughout the world. We watch history repeat itself, but this time repetition becomes motivation and reasoning to excel in all that is good.

The Ahmadiyya Muslim community at large is blessed to have its chapters spread in all parts of the world, including Canada. It is in this country that our community is blessed to have its members involved in all sectors of society and provide a positive influence to all citizens. The community has been on the forefront of serving humanity through Humanity First and in spreading peace. Extending the core principles of Islam and the true teachings of our beloved Prophet Muhammad (pbuh).

Jalsa Salana Canada is one of the most anticipated events of Canadian summers. The Member of Provincial Parliament for the Ontario riding of Mississauga, Bob Delaney, tweeted his excitement about the 2013 Jalsa Salana Canada by sharing,

“One of the most pleasant invitations of each early summer is the annual Ahmadiyya Convention. Reaffirms your faith in humanity. #JalsaCanada‬‬‬”

Despite the inhumane persecution faced by millions of Ahmadi’s around the world, the Ahmadiyya Muslim Community Canada reaffirms societies faith in humanity. It has become the symbol of love and a symbol of peace.

“His Holiness is a courageous champion of religious freedom and of peace.”
(Rt Hon Stephen Harper, Prime Minister of Canada)

It is evident that here in Canada, the Ahmadiyya Muslim Community is the true ambassador of Islam and Prophet Muhammad (pbuh). Persecution will never stop this community, but rather every drop of martyred blood is inspiration to stand tall and declare faith in Islam with pride. And “with glowing hearts we see thee rise.”