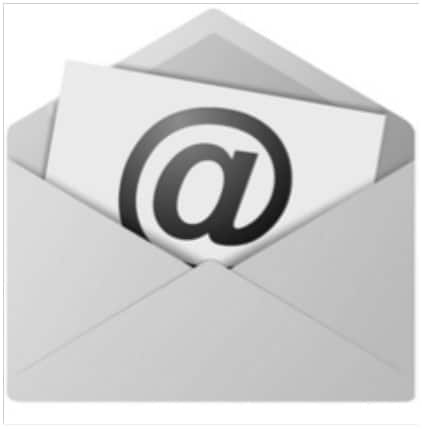 We, Ahmadis, have such a sense of unity that even when meeting stranger Ahmadis, we connect with each other at a far deeper level that it takes for normal mainstream folks to bond. It’s this core belief that instantly brings us together compared to other communities, be it religious or secular. One of the many fields in this era that has been the means of tying bonds between us is digital technology. Let’s explore further.

Email, though isn’t part of social media still, has dramatically changed how we communicate. I remember in Pakistan means of communications were phone, fax and traditional mail. Most of the documents could not be faxed across so they had to be mailed and due to the cost of mail, the communication was kept to a minimum. With the arrival of email the amount of communication that happened through mail just skyrocketed and allowed longer conversations to be held, which wasn’t possible before at all.

Email is a two way conversation method and addresses of both participants must be known to each other for it to work, in short it’s a closed system. With Social Media on the other hand, one could say it’s an open system. It’s much easier to find new people and start conversations on a global scale. One tool that comes to everyone’s mind is Twitter. It wasn’t long ago Twitter became the preferred social network for Ahmadis. Ahmadis from across the world could come onboard and make new friends right away.  With a sense of togetherness it becomes easier to spread the message of Islam-e-Ahmadiyyat and defend the various philosophies or even defend the character of the Holy Prophet (saw).

Another remarkable advantage is Ahmadis can and do crowd-source knowledge in which ever kind it may be. Articles, books, leaflets, tweets, audio programs, apps, nazms etc. This makes the experience so rich and makes one come back often. Another great advantage of crowd-sourcing is suppose one finds an article defaming Islam, one can quickly find an article written by, a scholarly person perhaps which answers the alleged article and comment on the alleged article by referencing the answer article. This way you can defend Islam-e-Ahmadiyyat without being very knowledgeable.

We Ahmadis have a responsibility to present ourselves in the best manner possible because truly it is the character that attracts people to Islam, melts the heart, and makes friends out of previous opponents. Khalifatul Masih IV (rh) has expounded on the communication method and techniques of Tabligh. Fortunately these are the same principles that apply in the digital world. We must adhere to these principles for there is wisdom and a great reward in it.

The last and the most important thing, a project which requires effort on a global scale united on one mission. Yes you guessed it, it’s Twitter Trends. There are around 10 topics in discussion that appear on Trends. Who decides what Trends? People, normal people, who happen to be talking about the same interest for a long enough period.  Topics can trend city-wise, nation-wide or international. Team Islam-Ahmadiyya on twitter focuses on trending on the international scale and on the country scale. Sometimes we are blessed City trends too. Trends are like ads, they are as in-front of general public as a TV ad. Some companies pay for their topic/keyword to trend. Whereas we do it using the combined effort of a united community.

So this Jalsa, lets spread the world and make #jalsaconnect the biggest trend in the world!